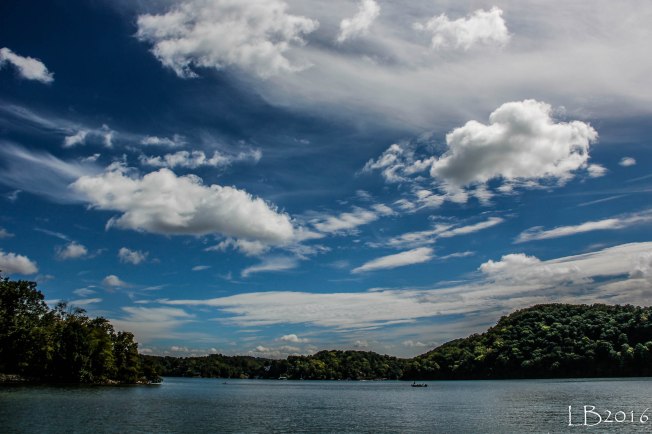 Between work and play, I’ve found it challenging to keep up with WordPress, and believe me, it is not easy to admit that!  I’m not one to make excuses, but somehow, I’ve found it harder to create blog posts now than it was during the time after my motorcycle wreck and during my campaign for office.

So where have I been spending so much of my time, outside of my work as a Women’s Health Nurse Practitioner?

The family of Layne Creed has worked hard over the past decade, raising money for local charities in memory of their loved one.  It is time though for this to be The Last Ride. 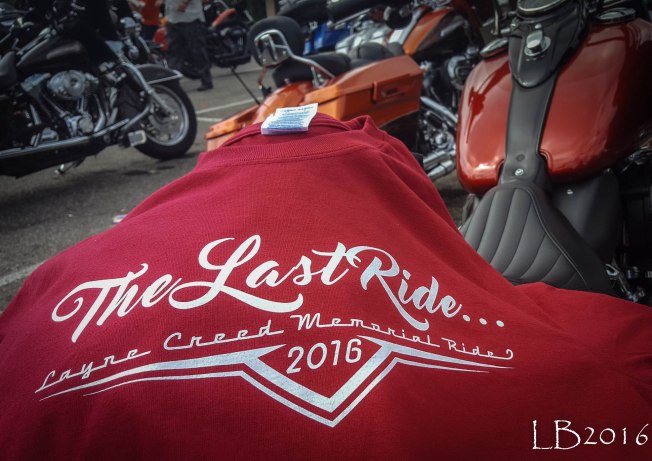 I’ve been able to ride in six of the 10 rides, but this was the first on my beautiful candy orange Softail Slim. 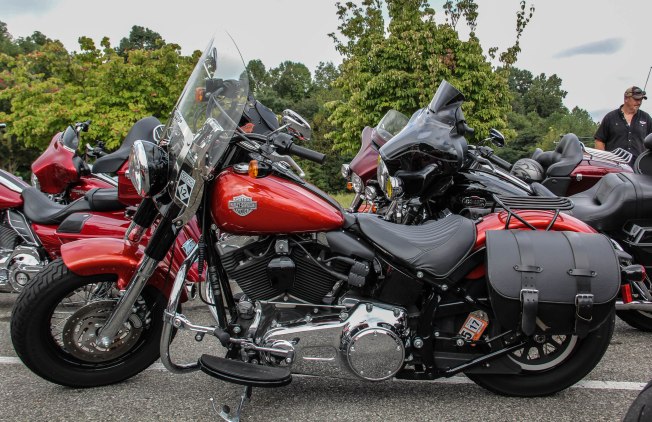 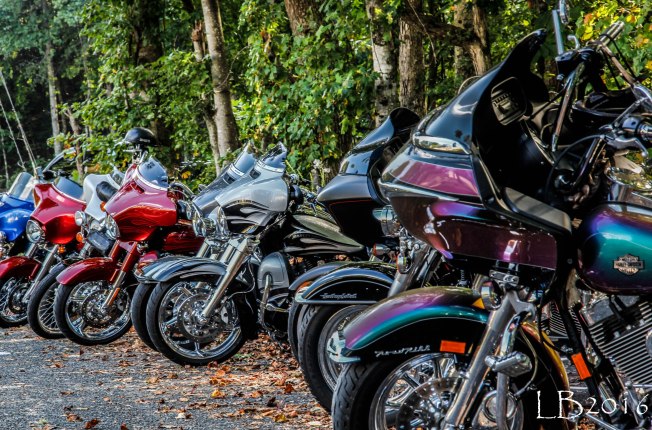 After riding 220 miles, it was such a joy to spend the evening with friends.  They served an incredible Paella, which I now know is a dish which combines vegetables, and meats.  The history of Paella is that servants or peasants created rice dishes by mixing the left-overs from royal banquets in large pots to take home. The incredible food was accompanied by great conversation, in a beautiful home with generous hosts.

I attended the first Grow & Gather, a partnership between Hazelbea Catering, the Radford Chamber of Commerce, and Farmers Market vendors. 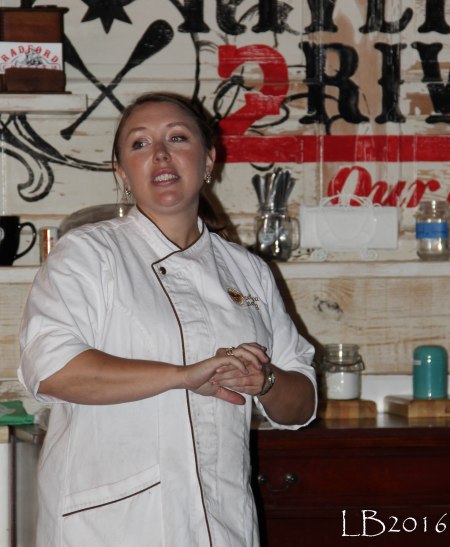 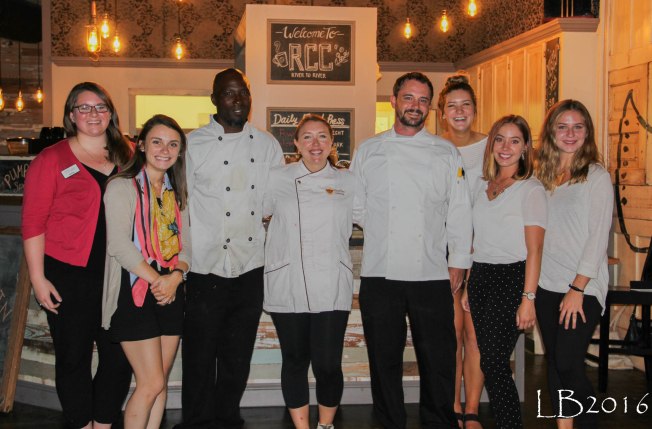 Supporting Local also means catching up with a dear friend at Al’s on First, an independent restaurant, AND putting my cell phone camera to work.

Ah! The perfect summer drink: A Gin and Tonic 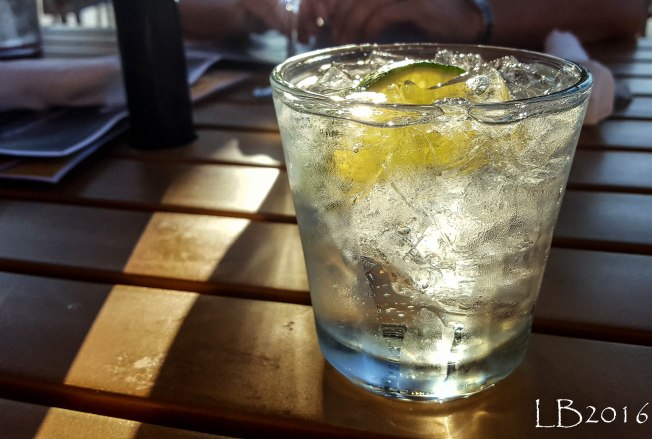 What a welcome relief it is to spend the evening discussing an eye opening book, and to escape the media’s focus on the unfit man who is running for President.

I’ve always been a power walker, but somehow I’ve become a runner, albeit a novice runner.  The only way to fit exercise into my schedule is to start early in the morning when it is still dark.

Weekends though, give me a chance to start a bit later.  As I tell each of my patients, and as you already know, exercise is good for the heart, good for the bones, and great for the energy and mental health.

In addition, I can work on my #cellphonephotography.

I’m involved with several groups, but one of my passions is helping to elect more Virginia women to public office.  This weekend I hosted an event for Women Leaders of Virginia and Emerge, two organizations who work to train and support women running for public office.

I love the passion, the commitment, the vision, and the stimulating conversation.

I’m afraid I won’t be able to visit many of you this week, and I truly hate to miss out on the happenings in your lives.  In the comment section, please leave a link to one of your latest posts, and I’ll be sure to check it out!

The Last Chinese Chef by Nicole Mones (http://www.nicolemones.com/) offered the members of our book group an opportunity to venture out in search of an authentic Chinese meal.  As we read our way through the book, most of us began dreaming about some of the foods that Ms. Mones had written about.  She tantalized us with her descriptions of Pork Spare Ribs in Lotus Leaves, Eight Treasure Dongpo Pork, and Beggar’s Chicken.  We originally thought we might make our own meal or bring Chinese Take Out to the discussion, but Karen and Janet suggested we seek out an authentic meal at a local Chinese restaurant.

Many large cities have restaurants that serve authentic Chinese food, but most Westerners are more used to American Chinese food.  According to Mones, Chinese chefs find that “American tastes” dictate that “Chinese-style dishes be prepared with a limited range of pre-mixed sauces, usually no more than 5 – 7 per restaurant”.  The “American taste” has “evolved into a cuisine whose flavors are always reliable and already well known to the Western diner” whereas “Chinese taste” means dishes are prepared from scratch, no two alike.  American taste demands sameness; Chinese taste showcases diversity and complexity. (http://www.nicolemones.com/for-food-lovers/you-can-have-great-chinese-food/).

Many of us were enchanted by other aspects of Chinese cooking – the thought, history and theme put into each meal; the focus on community and companionship, and the freshness and texture of ingredients.  Of our group, only two had traveled to China, and most of us had not had the opportunity to enjoy a truly authentic meal.  In hopes of finding such a meal, we were referred to the owners of Charlie’s Chinese in downtown Christiansburg, a town with a population of 21,000 in Southwest Virginia.

Karen made the arrangements, noting that the owners were very excited that we wanted to partake of an authentic Chinese meal.

14 of us gathered around a large table, with a “lazy susan” in the middle.

First, some of us (me) had to learn how to use chopsticks.

Then we learned how to fill our pancakes. 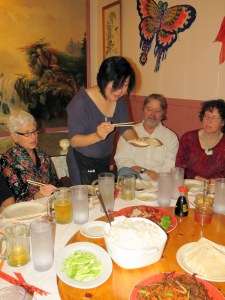 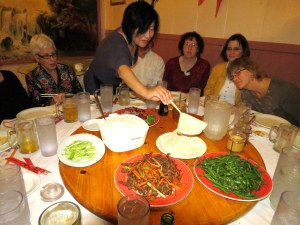 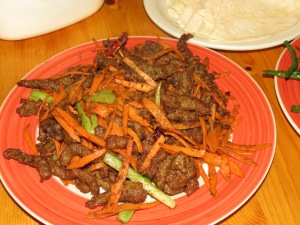 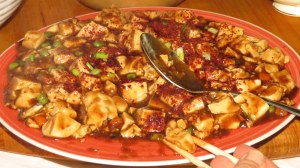 Several members of the group took time to share their thoughts about the evening.  Cindy commented that the sense of community and friendship that we enjoyed while sitting around a large table seemed consistent with what we had learned about Chinese tradition. 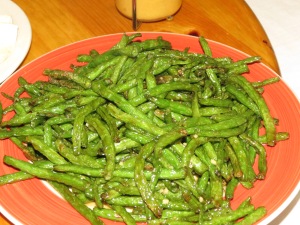 Janet noted that what seemed most authentic about the meal was that the fish was served as a whole and that the green beans and bok choy were each cooked as individual dishes, rather than marrying them with meats.  Debbie enjoyed the family type gathering and especially liked watching our individual reactions to the dishes. 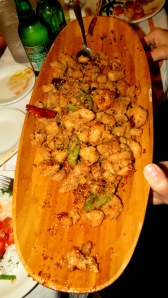 There was quite a variety of dishes and one less positive note was that they came out rapidly.  Those present would have liked more opportunity to learn about each individual dish and to savor the different tastes and textures.  As it was, the initial conversation with the owners had occurred just 5 days before the event with our final RSVP coming in one day ahead.  Perhaps if we had given them more time to prepare or we had arrived earlier in the evening, the dishes would not have had to come to the table so quickly. 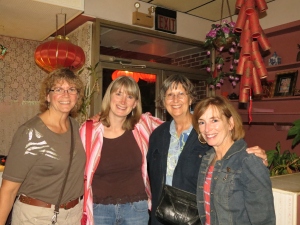 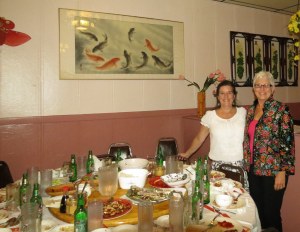 The joy and enthusiasm of our gracious host was another treat.  Carol commented that she very much seemed to enjoy teaching us about Chinese food and she encouraged us many times to come again.

Several book group members wrote to tell me that they would indeed return again.  Heather was glad to know that if she wanted to enjoy the delicious whole fish again she would need to call 5 hours ahead.  The picture below shows the remains of a lovely meal and evening. 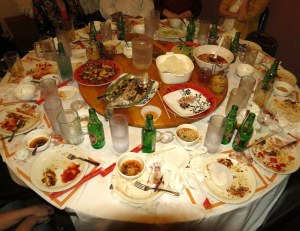 Karen thought the book was a wonderful look into the Chinese culture through its food, while Molly enjoyed the parts that were set in the past, particularly the letters written by the relatives of the characters in the book.  I enjoyed reading about the history of cooking and the excerpts from the fictional 1925 culinary masterpiece, also called The Last Chinese Chef.

NPR Weekend Edition’s Liane Hanson noted that the book explores “Chinese culinary history, language and tantalizing descriptions of fine cuisine” and that “Mones shows how food can both nourish the body and the soul. Her extensive research takes readers into the philosophy and artistic ambitions of Chinese cuisine – and leaves them hungry for recipes”.  While the plot may have been predictable, the read was a pleasure for the majority of book group members.

Nicole Mones notes that in order to find great Chinese food, “start with the restaurant in your town that attracts the most Chinese diners, however small that population”.  Then “use your human skills to communicate that you are genuine about wanting food that has Chinese taste not American taste”.  She quotes Chef Henry Chang: “to get a good meal, be willing to try something new”.  While the meal may have been more to American taste than Chinese taste, several members of our group, myself included, were able to experience new foods or foods prepared differently.

Considering that, I believe we followed the counsel of Chef Chang.