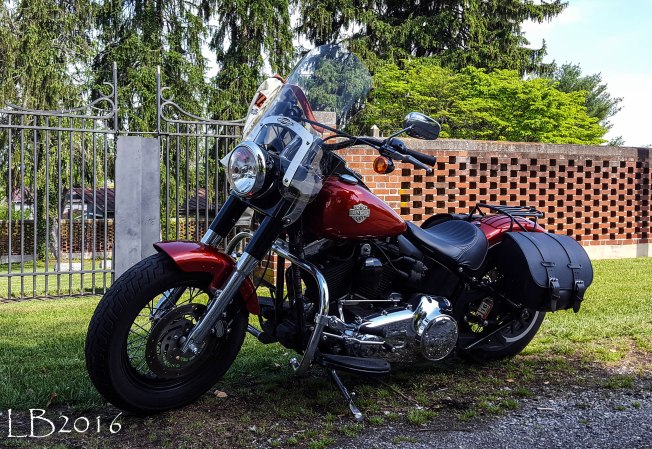 I met Dave and Michael, two of my favorite biker buds who I’ve written about before, at 11 on Saturday morning. 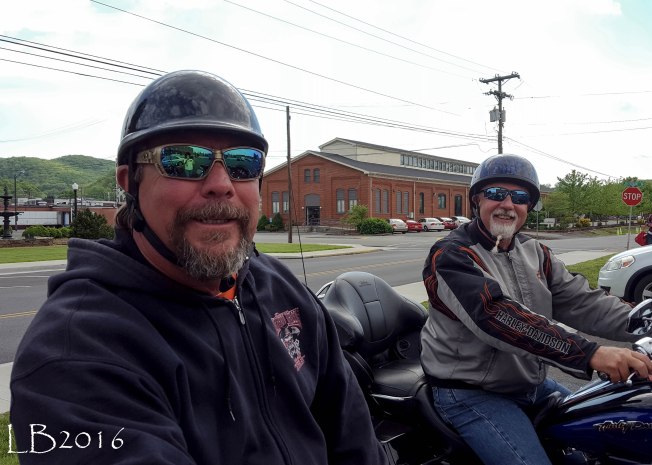 We flirted with rain all day but stayed dry, and thankfully so, as the roads we took were full of fun curves and twists. 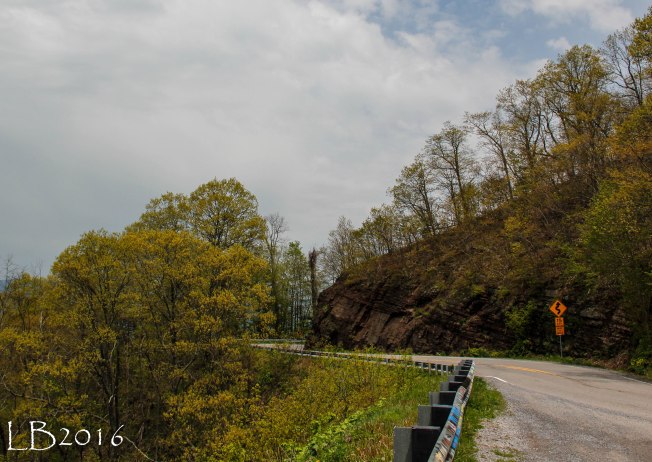 We stopped at Big Walker Lookout, a 100 ft observation tower on top of Big Walker Mountain.

Built in 1947, the tower offers great views of mountain peaks in 5 surrounding states.

It costs $6 to climb to the top, and while I’ve made the climb in the past, today we enjoyed the views from the bottom. 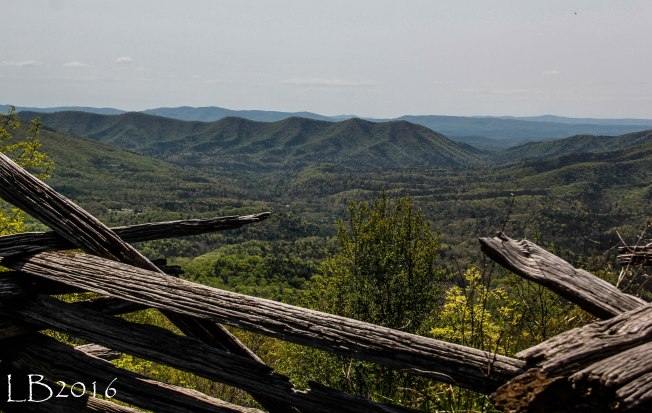 In addition to the observation tower, there’s a General Store, a swinging bridge, and this collection of old license plates.

At one point during the day, we got caught at a railroad crossing.  This building caught my attention and I literally ran back, huffing and puffing in my helmet and boots, to take a photo while waiting for the train to pass.  I managed to take a quick shot, but had no time to gather any history, as the crossing bars started to rise signaling that it was time to ride on.

My friend Karen gave me an action camera, similar to a Go Pro, and I cannot wait to start using it.  If I’d been riding alone, I would have stopped far too often for photos.  Since Dave and Michael like to keep on riding, the action camera will allow for some fun shots and video without having to stop so often. 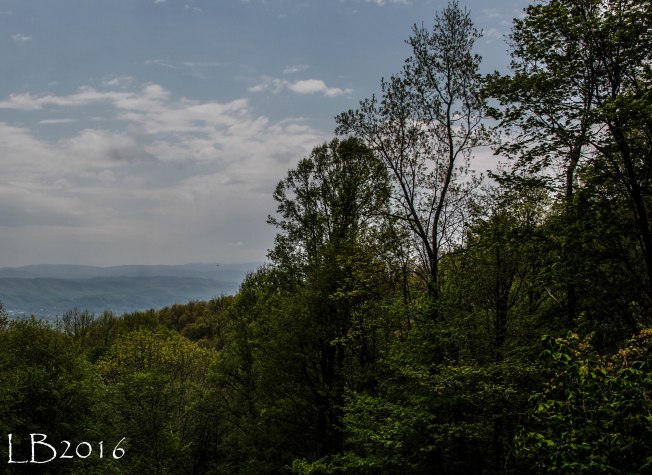 As always, we finished the ride with a cold beer, a great meal, and the chance to make a new Gravatar. 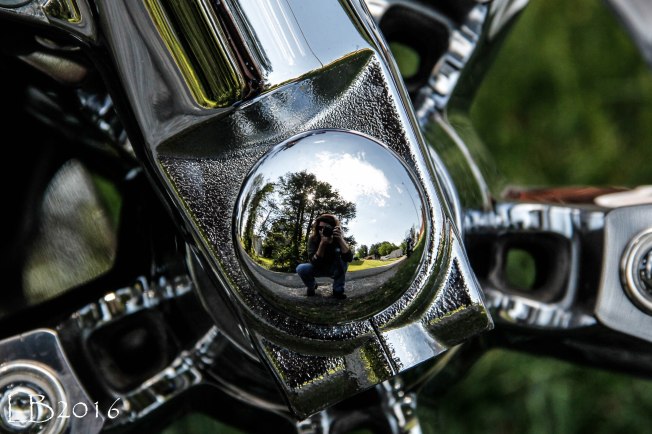 I’ve already marked my calendar for the 2017 International Female Ride Day, and if I get my act together, I’ll try to organize a ride.  Until then, here’s a bit more information about IFRD.

The guiding principles of IFRD are: