As I wiped the mud and water from my bike, I thought about how grateful I was for the warm welcome that I’d received when I checked into the hotel the night before.  Hotels typically treat bikers well, and this time was no exception.  I was allowed to park the bike under the covered entrance, was given rags to clean the bike, given recommendations for local eateries, and received a gift of water and trail mix.  Betty surely made me feel welcome and a note was sent to her manager to praise her efforts.

The continued calls for rain had me considering heading home a day early, but as I cleaned up the bike I made the decision to take my chances.  Kentucky still had alot to show me after all!

After packing up the bike and filling the tank, I set out for Cumberland Falls State Park.  25 E was a beautiful ride, and I passed by wooded lands and farms situated on nicely curving roads.  Once inside the Daniel Boone National Forest, where the park is located, I had to keep myself from pulling over every few miles to take photos.  The woods were lush and green and I was captivated.

One of the first things I saw upon entering the park was the Dupont Lodge.

The Civilian Conservation Corps, under Roosevelt’s New Deal, put jobless men and boys throughout the United States to work.  Built by the CCC in 1933, the historic lodge was destroyed by fire in 1940. It was re-built soon after the fire, and all rooms were completely renovated again in 2006.

The staff offered much information including directions to a half mile trail, with a 200 ft descent, that led to the falls.  Since my boots were still a bit wet, I was glad I’d only be hiking a short way, but I was definitely ready to get off the bike and into the woods.  I grabbed my water bottle and headed off on foot. 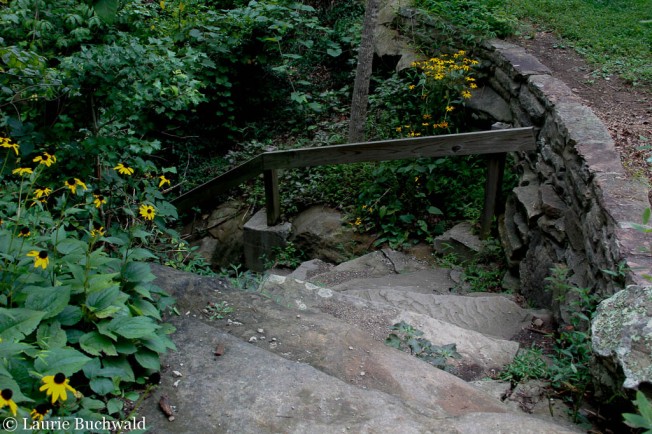 I have to admit to being a bit skeptical about the whole “Niagara of the South” label, but oh, I was pleasantly surprised!

Since the early 1900s, Cumberland Falls has been known as the “Niagara of the South”.  “Falling 7 stories, it is one of the largest waterfalls in the southeastern U.S.”. 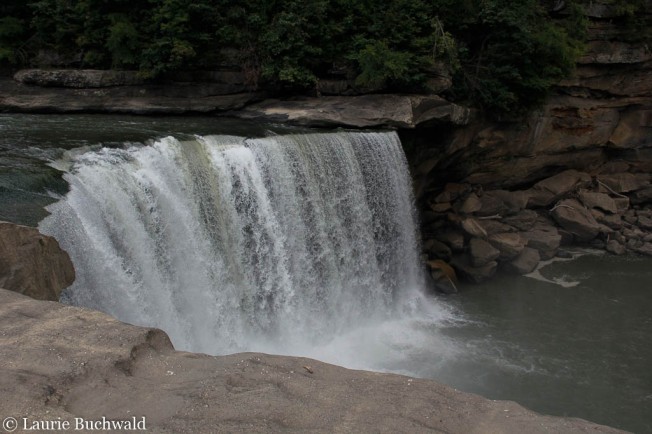 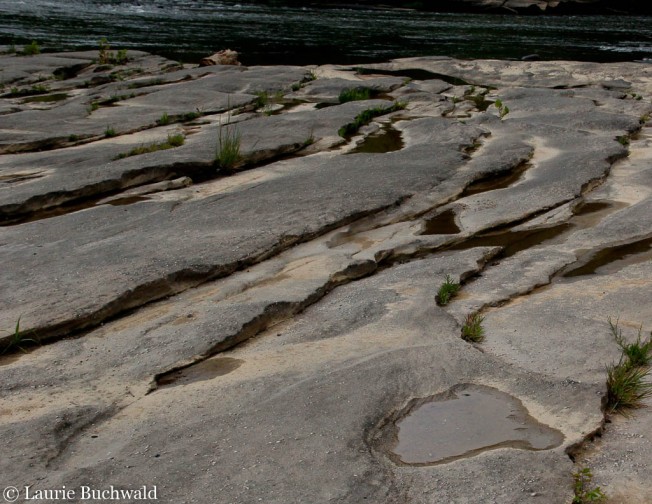 Even though I was just one of many people there to enjoy the falls, I never felt that it was crowded. 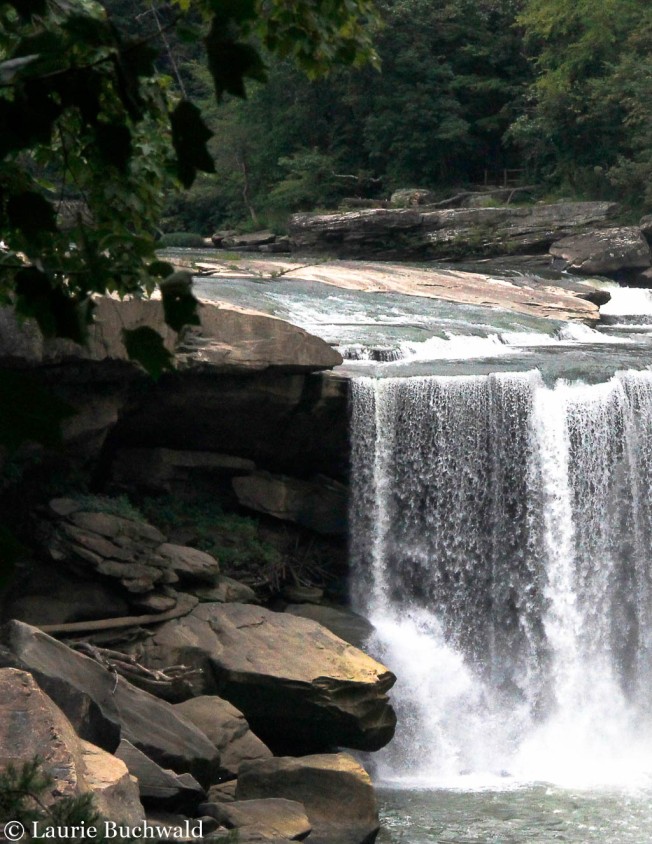 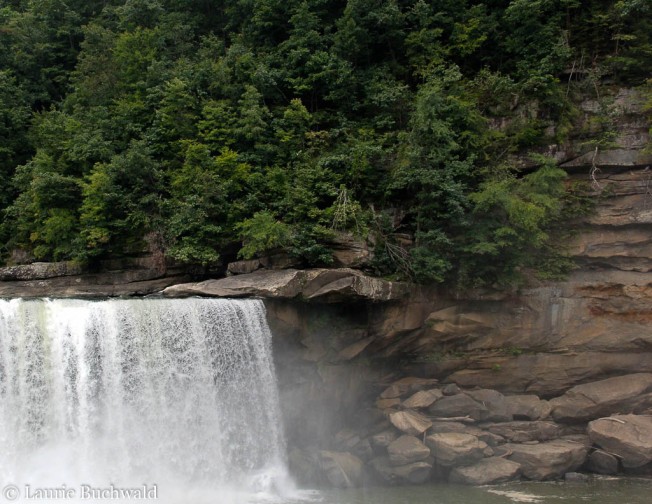 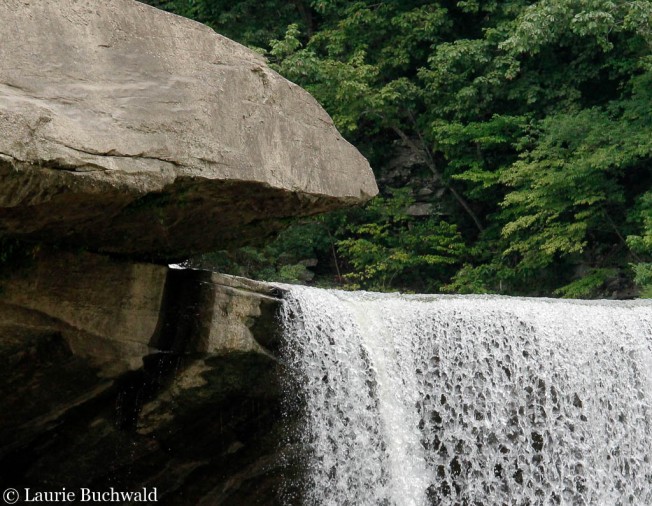 I spent over an hour wandering about, taking pictures from a variety of angles and places, and learning about the history of the river and the falls.

The hike back up aggravated the new blister on my heel (thanks to the darn damp boots).  But what fun it was to sit outside the lodge, applying first aide to my heel and talking with all the folks who stopped by to admire my bike.  I’d been missing the human connection this trip as the rain kept me from alot of stopping and chatting. 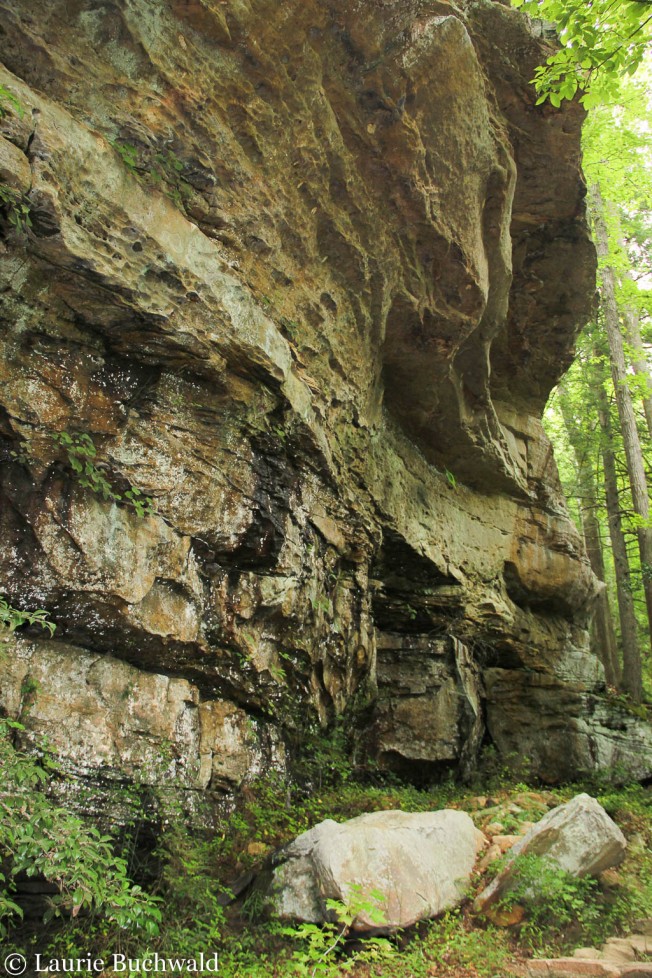 While I’d been lucky this day, I knew that as I turned for home the weather would change, and I’d eventually run into rain again, so I made the decision to head on back towards Virginia.  I rode through more beautiful country on curvy roads and found myself singing out loud with the joy of the wind in my face and even the occasional glimpse of sun.

As the day waned, I turned onto Rt 58 and my happiness continued. 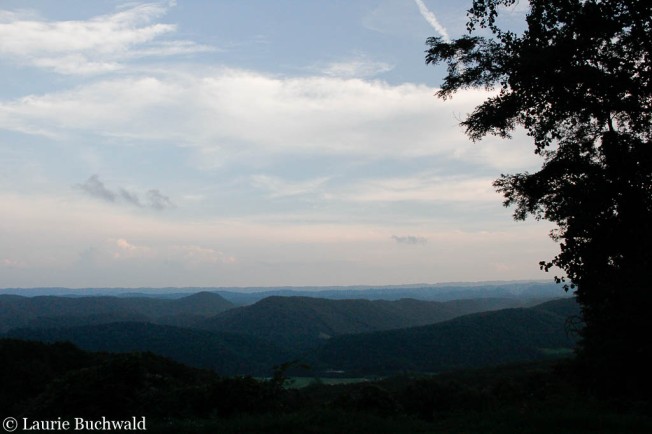 My friend Tim helped me to find a hotel in Johnson City, Tennessee and one of the first things I did was ask the hotel clerk where I might find a cold beer 🙂 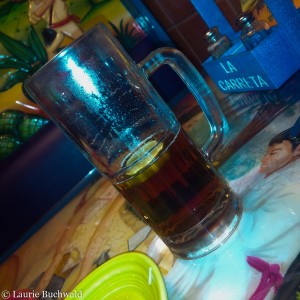 Once back at the hotel, the clerk told me to be sure to park right in front.  It’s good to be a biker!

40 thoughts on “Kentucky and the “Niagara Falls of the South””