Why a post combining trains and building art?  Mostly it’s about timing.

I am on the first night of a 7 night / 8 day, mostly business trip around Virginia.  As I was trying to get out of Radford and head on down the road to Richmond, I was drawn to two scenes that I see almost on a daily basis.  I’m not sure what made me stop to take pictures today, especially since I was already running late, but … have camera … well you know.

Trains and building art could easily fill several posts, but today, a few pictures will have to do.

Radford has been a railroad town since the 1850s when the Virginia and Tennessee Railroad (later the Norfolk and Western Railway) came through.  The population grew dramatically as did business, industry and education.  Passenger rail service no longer exists in Radford, but the railroad through the city is still a major component of Norfolk Southern Railway’s Roanoke to Bristol route.  As is typical of those who live in a railroad town, it is easy to become immune to the sound of the trains and their whistles as they pass through the city.

The structure pictured below sits right behind the railroad tracks.  I am sorry to say that I do not know what it is … I was guessing a water tower.  A quick FB call out to local Radford folks revealed that most agree, especially given it’s proximity to the rail yard.  I’m hoping I can learn the date it was constructed and any other interesting bits of information as well.  We’ve got some serious history buffs in our little city.  I’ll pass on what I learn!

Since I posted this morning I have heard from several who tell me that the tower served to store water for use by the steam engines.

As buildings are renovated or unfortunately torn down (or fall down), art in the form of advertisements is often revealed.  Radford, like many localities, has many more examples of building art than just those pictured here.  These particular ads were revealed when the City of Radford took down an old partially burned out building (which even had a tree growing in it) and created a community courtyard.  This lovely little area is now called Carson’s Courtyard. 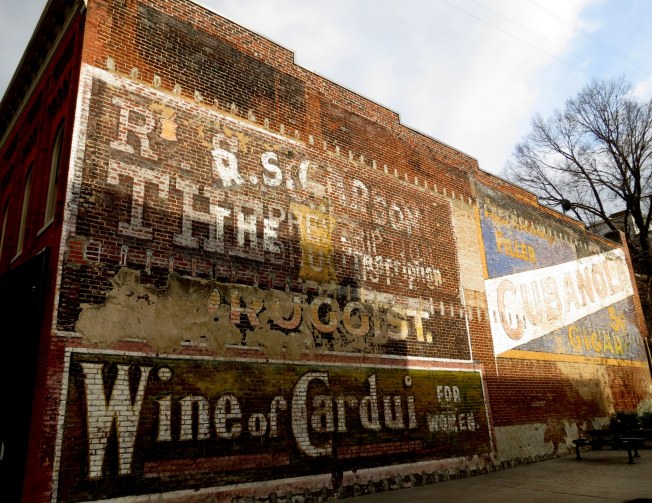 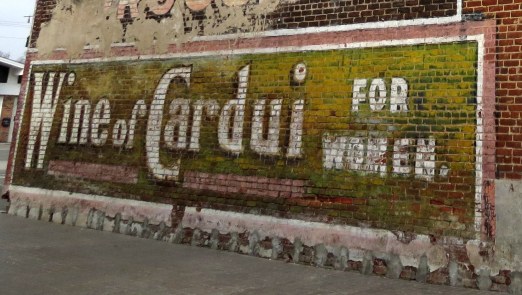 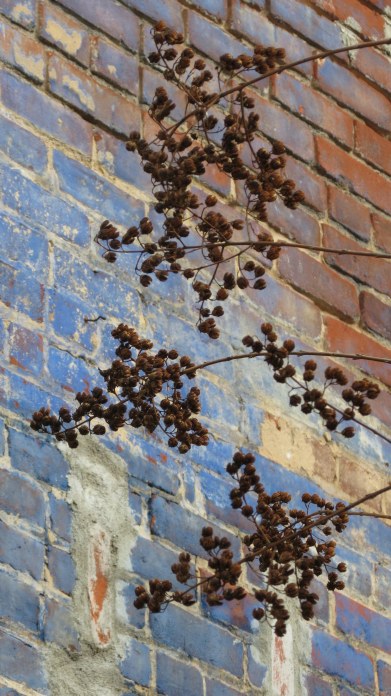 This next building sits right across the street from Carson’s Courtyard and the art provides a lovely backdrop for the Farmer’s Market.

And as you look past the brick wall, you will once again see the tower. 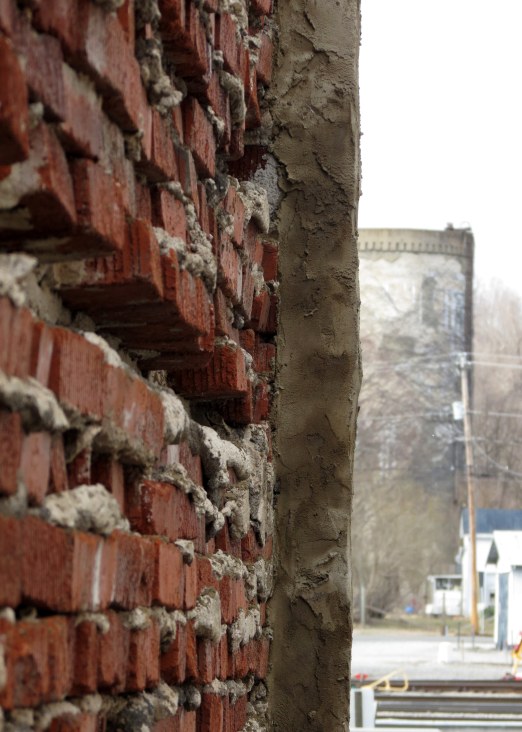 14 thoughts on “Day 1 – Radford: A Home to Trains and Building Art”

One of the benefits of being in #RVA for meetings is seeing friends and exploring #local. I'm so pleased to promote Shelley's new book 'Make it a Double' - From Wretched to Wonderful: Tales Of One Woman's Lifelong Discovery of Whisky'
Loading Comments...
%d bloggers like this: