The Blue Ridge Institute and Museum is a  major venue along The Crooked Road and hosts the Blue Ridge Folklife Festival. 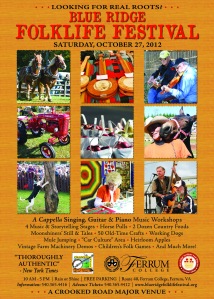 The Blue Ridge Folklife Festival has been an annual event for almost 40 years and is held on the campus of Ferrum College every fall http://www.blueridgefolklifefestival.org/.  For various reasons, even though I have lived in the Appalachian Region for over 15 years, I was a first timer this year.

The Appalachian Region, as defined in ARC’s authorizing legislation, is a 205,000-square-mile region that follows the spine of the Appalachian Mountains from southern New York to northern Mississippi.  Forty two percent of the area is rural, compared with twenty percent of the national population http://www.arc.gov/appalachian_region/TheAppalachianRegion.asp.

The folks who have long lived in Southwest Virginia are used to hearing the assumptions, misconceptions and distortions of life in Appalachia.  Geographic isolation from more populated areas and poverty have led to the persistence of some of the stereotypes.  Despite progress, Appalachia still does not enjoy the same economic vitality as the rest of the nation.  According to the Appalachian Regional Commission, the region still battles economic distress, with concentrated areas of poverty, unemployment, poor access to healthcare, and educational disparities.  But oh the beauty …

The region is rich in heritage and tradition and the Blue Ridge Folklife Festival celebrates it.  Coordinated by The Blue Ridge Institute & Museum, “the festival features artisans, foods, and activities not found at typical craft shows, fairs, and festivals” http://www.blueridgeinstitute.org/index.htm.

I encourage you to check out the links in this blog to learn more about the heritage, music and beauty of the region and if you’ve never visited this neck of the woods, I encourage you to do so.  I think you’ll like what you see!  http://www.visitappalachia.com/

It was quite the rainy morning, forcing me to change my plan to ride the bike.  Of course, the rain was gone only twenty minutes down the road, and I did not see a drop the rest of the day.

Shooting Creek Road, which runs through the counties of Floyd and Franklin in Virginia,would have been a blast to ride on the bike!  The road twists down through the mountain, crosses over the creek a few times, and not surprisingly, I found myself stopping frequently to take pictures (most of the previous pictures were taken along Shooting Creek Road).

By the time I got there, the grounds of Ferrum College and the Ferrum 1800 living history farm museum on both sides of State Route 40, were filled with spectators and participants – musicians, moonshiners, craftspeople, cooks, motorheads, mule jumpers, horse pullers, coon dog racers, antique tractor buffs, and old-time gamers. 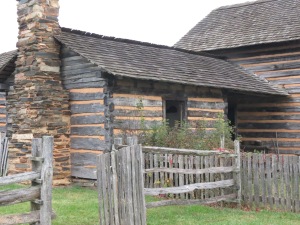 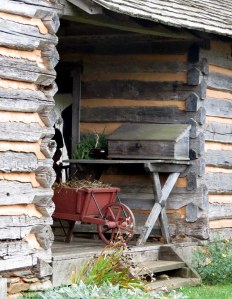 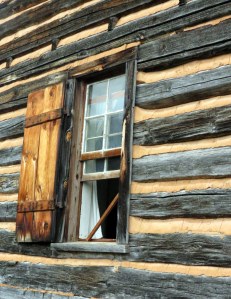 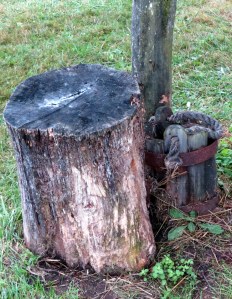 There was so much to see and even though I stayed for more than 5 hours, I somehow missed the Mule Jumping (but did get to see the Sheep Herding).  I wandered through the antique engine and tractor area, 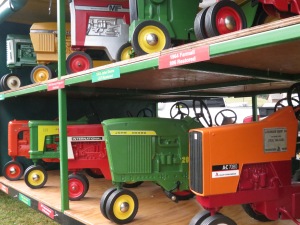 watched molasses, apple butter and moonshine being made, 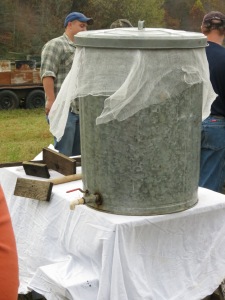 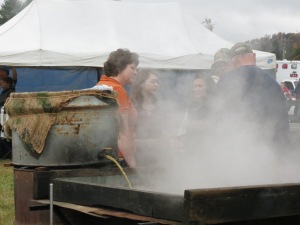 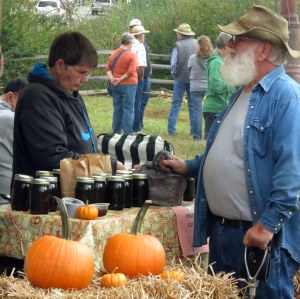 and crafters were hard at work. 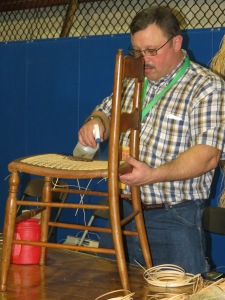 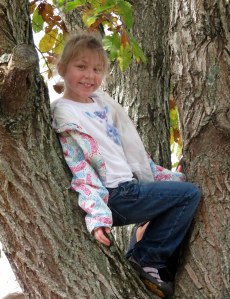 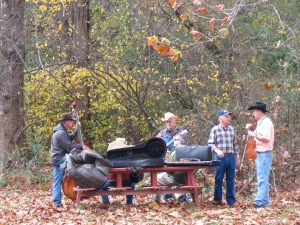 Judging by the crowds, some of the most popular events are those that include the Coon Dogs.  I couldn’t get near enough to watch the dogs “treeing” the ‘coon, but I was able to photograph them as they waited their turn. 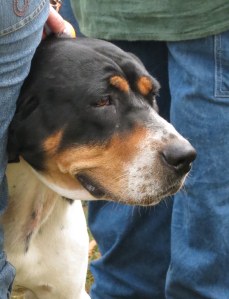 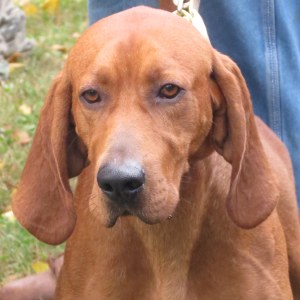 It was standing room only around the lake as folks prepared to watch the coon dog races.  The dogs are enticed by the smell of the racoon and when the doors are opened, the dogs leap into the water and give chase.

Music is a big part of the Folklife Festival and features Bluegrass, Old Time, Gospel and Rockabilly performances on 3 different stages. One of the main reasons that I came to the festival was to hear my friends perform as the Dr. Pepper All Stars.  Their show is a re-creation of a portion of a 1940s radio show featuring Roy Hall and the Blue Ridge Entertainers.  The radio band played popular hillbilly tunes of the day and host “Cousin Irving” Sharp promoted Dr Pepper like it was snake oil.  The Dr. Pepper All Stars also perform as The Java Brothers and gather with others at the Monday night Fiddle Jam at Radford’s River City Grill, an affiliated partner of The Crooked Road. 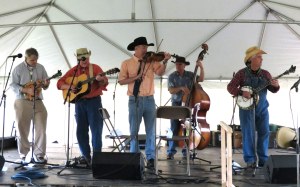 My friend, Ralph Berrier, Jr, in addition to heading up the Dr. Pepper All Stars, has written a book about Clayton and Saford Hall, his grandfather and great uncle.  If Trouble Don’t Kill Me tells the story of a “vanishing yet exalted southern culture, and shares the devastating consequences of war, allowing the reader to experience the mountain voices that not only influenced the history of  music but that also shaped the landscape of America”.  The book is sold at various venues along The Crooked Road and is available for purchase on line as well (If Trouble Don’t Kill Me: A Family’s Story of Brotherhood, War and Bluegrass, 2010, http://www.amazon.com/Trouble-Dont-Kill-Brotherhood-Bluegrass/dp/0307463060).

It was a full, fun day in Ferrum and even though I could have taken a quicker and much straighter route home, I chose to wind my way back up the mountain, enjoying the colors of fall and the beauty of  this beautiful region that I call home.

10 thoughts on “Along the Crooked Road: The Blue Ridge Folklife Festival”