The alarm was set for 6am, but the excitement of the adventure had me wide awake by 5 and on the way to Liz and Wilson’s by 7:15.  As I pulled up, they were walking out the door to greet me. I love it when my friends join in on the fun! And how nice to have Wilson reassure me about the condition of my front tire (which I should have had replaced).
By the time I pulled out I had a clean windshield and mirrors and fresh ice and water for the bottle. The traditional “start of the trip” pictures had been taken, and hugs and kisses were shared all around. What a lovely way to start the day! 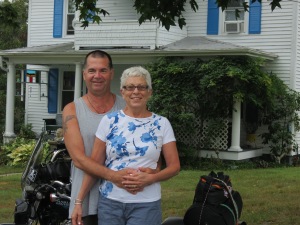 Over pre-trip beers last night, Billy, Carlo, Pam and I discussed the weather and we all agreed that it made sense to knock out a hundred miles on the interstate early in the day. I typically avoid those roads in favor of less traffic and more opportunities for exploring small towns but with the rain threatening, I was on I81 by 7:50 and in Bristol in no time.

All I could say about seeing the Bristol Motor Speedway for the first time was “oh my and oh wow”!  I had no idea it was such a huge place!  This picture was taken with my phone and through out the blog, you will be able to tell the difference between that and my real camera!

My destination for this first day was Ocoee, Tennessee and I passed through many towns, and rode on lots of fun roads along the way. 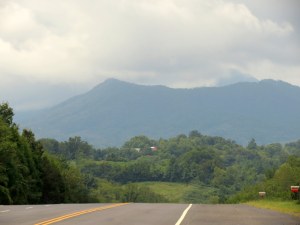 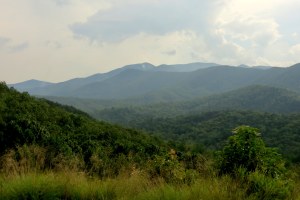 As I traveled along Rt 68, I rode through Turtletown, Dogtown and Ducktown and the locals I talked to were just not sure how these towns got their names. I think I’d have had to make up a story or two.

Rt 68 runs through the Cherokee National Forest and it was a beautiful ride. Lush, green and damp from recent rain. I really enjoyed that part of the day; it reminded me of riding through the Nantahalah on the way to the Dragon 2 years ago. 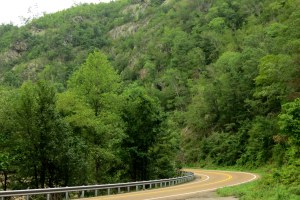 By 6p I was ready to ride the final leg – Rt 64/74, which runs along the Ocoee River. I was able to stop and take pictures at the Whitewater Center (a site used in the 1996 Olympics). The road was fun to ride and certainly was pretty, but the tree damage because of lack of rain and the scant water flowing down the Ocoee riverbed because of the 3 hydroelectric dams, made me wonder and dream about how beautiful the area must have once been. I saw no whitewater because the dams are not opened on Tuesdays and Wednesdays. 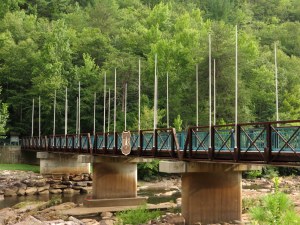 By now, I had figured out that my head light had burned out and the right turn signal also was not working. I’ll be calling the HD dealership in Nashville tomorrow morning to see about getting those things fixed. Thank goodness I have a lay over day scheduled! In the meantime, lack of a head light meant I was not able to explore Ocoee once I arrived and those who know me, know that I have to have cold beer at the end of the day’s ride!  While I can’t brag about the food, the little mexican restaurant (every small town has one!) offered cold Dos Equis and a place to write about the day – without having to ride at night without a headlight!  Afterwards, the Ocoee Whitewater Inn offered a comfortable, clean, and inexpensive room and breakfast in the morning.  Not a bad deal and a perfect place to park the bike!

I’m thankful to the friends who have been texting throughout the day! I enjoy riding solo, but you all make me feel like I have company.

360 miles today and no rain! Phew!
This woman will sleep well tonight!