What? Is this an actual post from LB?  Yes indeed it is!

I’m still struggling to balance work / civic commitments / some fun and blogging, and while I’ve continued to contribute to Monochromia each week, I’ve clearly not done so well here.  I’ll make it back, I swear!!

This post links to my contribution to Monochromia this week.

I took a 1200 mile motorcycle ride last week, my annual solo trip, and had the joy of riding through this gap. The Sideling Hill Road Cut on Interstate 68 and US 40 in Western Maryland, is a 340 foot deep notch excavated from the ridge of Sideling Hill.  It is notable as an impressive man-made mountain pass, visible from miles away, and is considered to be one of the best rock exposures in Maryland and the entire northeastern United States.

The image on Monochromia is of the bridge that runs over the highway. 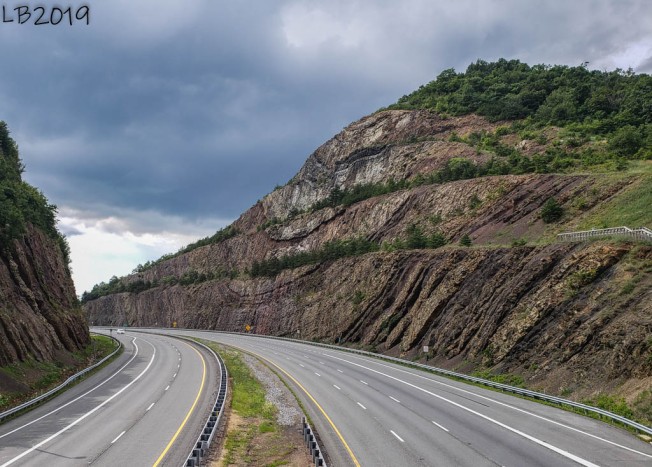 This last image shows the cut in the mountain from many miles away.

Each year, my friend Ruth and I take an annual “Road Trip to Watch the Hokies … and Explore a Cool Town”, and what started as attendance at an away football game has turned into an opportunity for adventure in a new place. (If Virginia Tech Coach Frank Beamer knew our Road Trip / Loss to Win ratio, he would ask us to stop planning our trips around a game!)  Thankfully, the game has become less of a focal point.  Once the destination  is chosen, we research places of interest to visit along the way and no matter the outcome of the game, we always have a great time!!

This year’s trip was to Pittsburgh and in order to get there, we drove from southwest Virginia, and into western Maryland.  Low lying mountains, curvy rural routes, fall foliage, and historic small towns made for a great ride.  We left for Hancock, Maryland on Weds after work, and were up and on the road for Pennsylvania early the next morning. 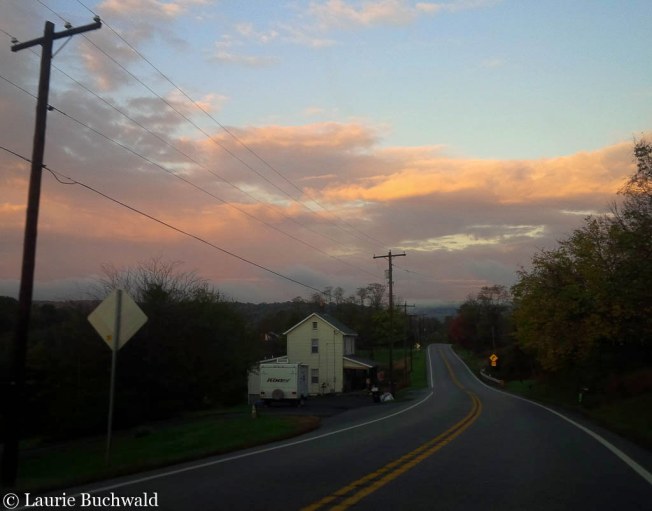 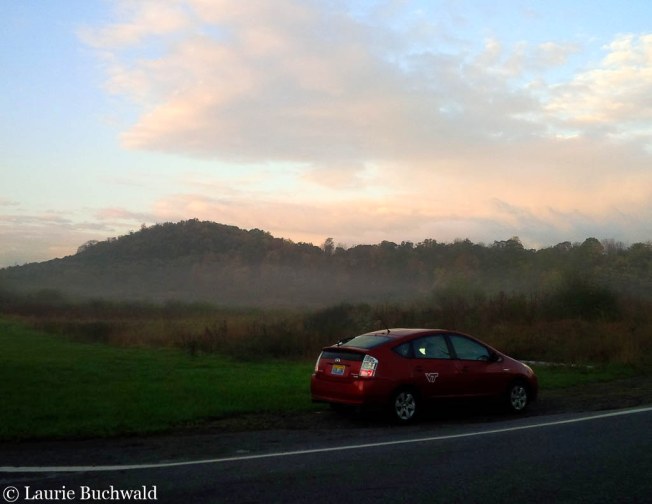 We’d not gone far when we saw this farmhouse and just had to pull over. 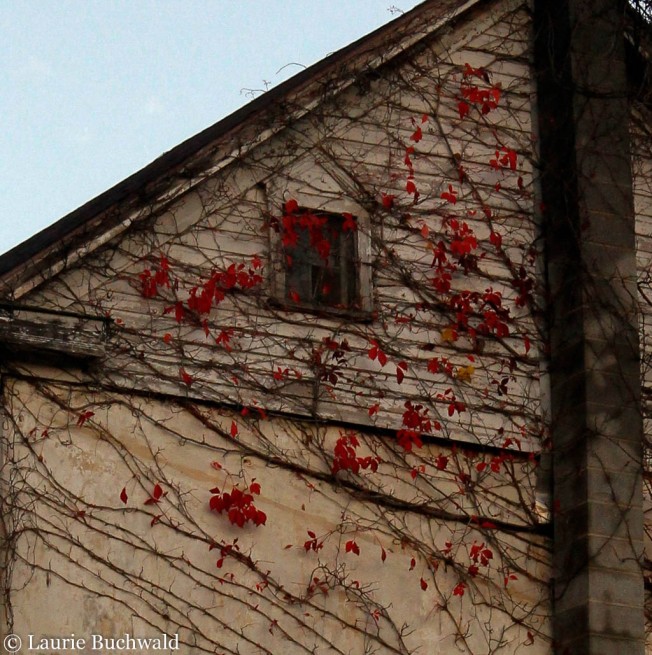 The view of Cumberland Narrows, a water gap in western Maryland, had me calling out “I need a picture!”.  The sunrise and the misty hills were a site to see, but finding a spot to pull over was a bit of a challenge.  These next two photos were taken through the front windshield of the car, and even though the quality suffers, they offer an idea about how pretty this part of Maryland is.

For those interested in history, we were traveling on Rt 40 also known as the National Pike, a section of road that passes through the Cumberland Narrows and lots of rural farmland.  Sections of this road are also called the  National Road.  This road was the first major improved highway in the United States to be built by the federal government and was a gateway to the west for thousands of settlers.  It was also the first US road to be surfaced with macadam.  The National Road now has a multi-state tourism / historical partership that collarborates various towns, cities, and counties. 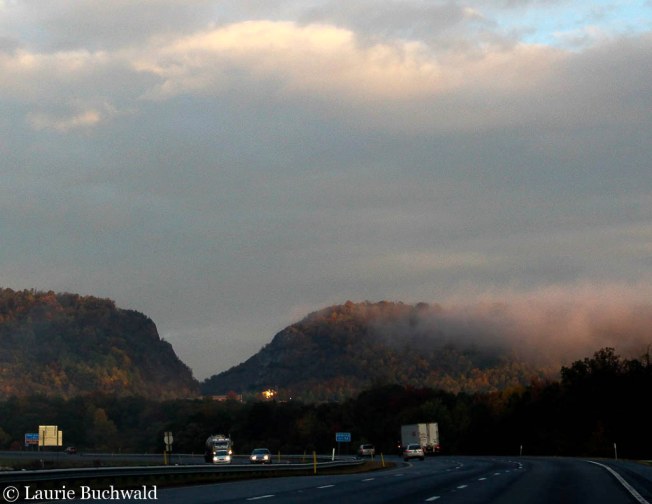 Even when pulled over, photography remained a bit of a challenge.

Between the traffic, the road signs, and the lightposts it was hard to capture an unobstructed view of the early morning mist. 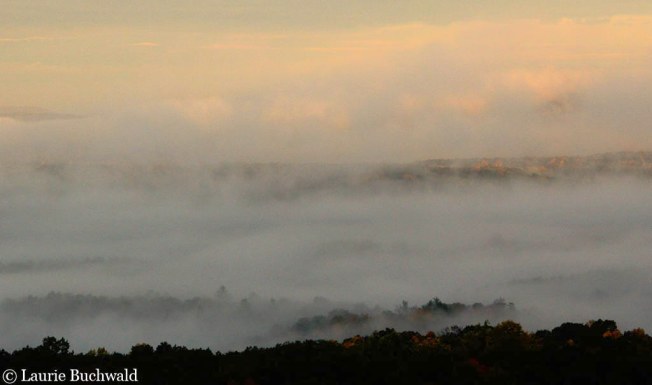 I had the same problem catching this rainbow.

The photos may not do justice to the morning, but I’ll not forget it anytime soon.  It was a wonderful start to the trip!

Next Stop:  Falling Waters – One of Frank Lloyd Wright’s most widely acclaimed works