My weekend ride continued on Sunday morning and the route that I chose took me through Appomattox Courthouse.

You will most likely recognize the name Appomattox as the site of Lee’s surrender, effectively ending the Civil War.

It was quiet that morning, and all I heard were the birds singing and the leaves rustling in the breeze.

I could not help but think about the 620,000 souls who died during that terrible time when our country was so divided.

The peace that morning was such a contrast to the violence that was seen in those fields.

A solemn walk through this small confederate cemetery revealed the story of a soldier who joined the army on day one of the war, April 12th, 1861, and after serving for 1,458 days, was killed on the last day of the war, April 9, 1865. 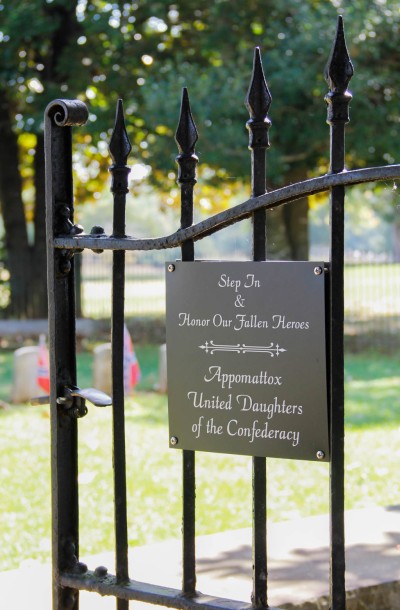 Standing there that day, I could not help but think about how divided our nation is now, and how desperately we need a leader who will unite us.

Somehow we must learn the lessons of past tragedy and move beyond the divisiveness.