Last evening, the 10th Annual Ride of Silence rolled across the globe.

And I do mean literally … across the globe!

This year’s Ride of Silence (ROS) was held in 368 locations around the world, in all 50 states, and in 26 countries.

During the ROS, cyclists take to the roads in silent processions to honor cyclists who have been killed or injured while cycling on public roadways.  Although cyclists have a legal right to share the road with motorists, the motoring public often isn’t aware of these rights, and sometimes not aware of the cyclists themselves.

The Ride of Silence organization exists

We held the first Ride of Silence in the City of Radford in 2008, after the death of Fess Green.  Fess was a Radford University professor, and an active member of Pathways for Radford and the New River Valley Bicycle Association.   He commuted on his bicycle almost every day and was killed after being struck by a car on the way home one evening.  In his honor and memory, the two organizations created a Ghost Bike which is displayed for a week before and after the ROS. 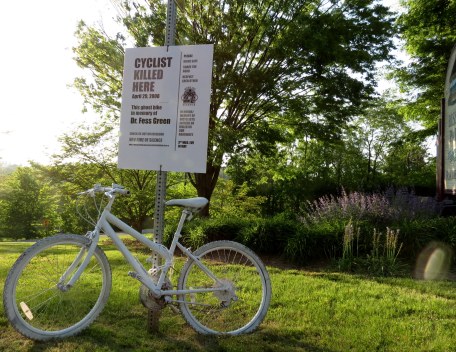 The 2013 Ride of Silence was the 6th one held in the New River Valley.  Individuals, families and folks of all ages gathered to receive pre-ride instructions, and to hear a few words from local leaders and cycling advocates. 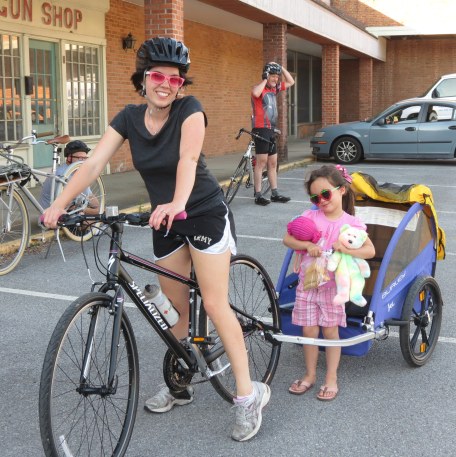 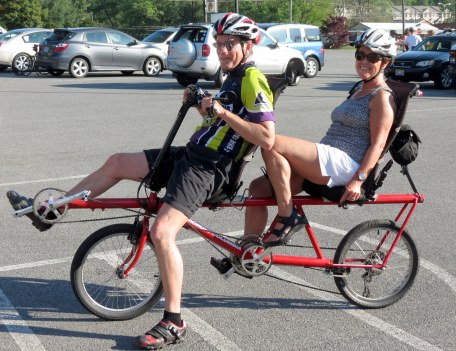 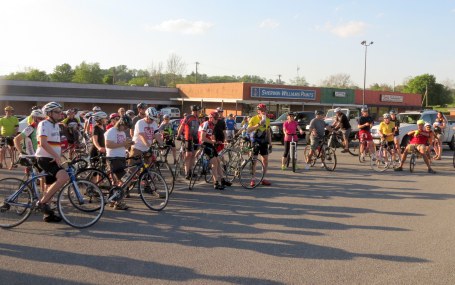 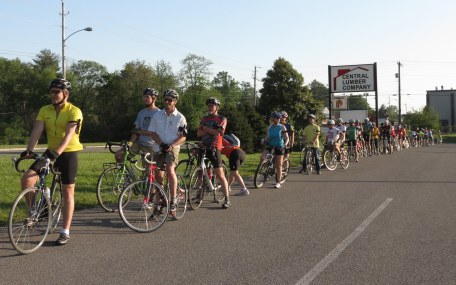 After a “Moment of Noise”, an opportunity to cheer and shout out our love for the ride, we descend into silence and begin our procession.  In the New River Valley we are fortunate to have the support of our local governments, and in particular, the Radford City Police Department. 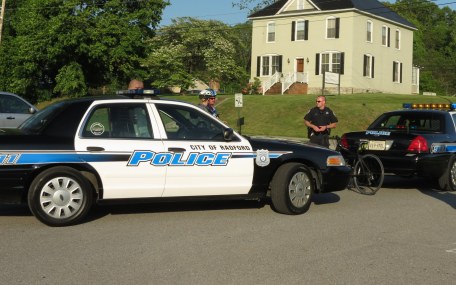 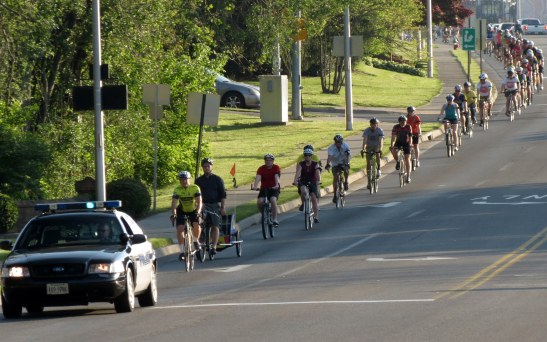 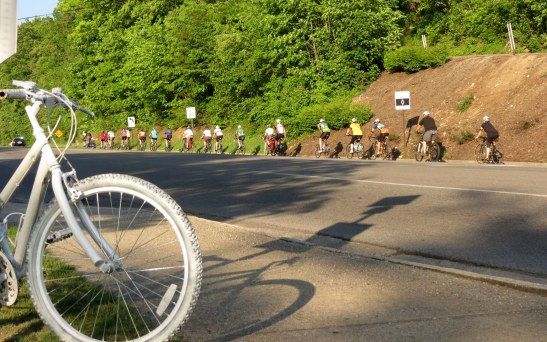 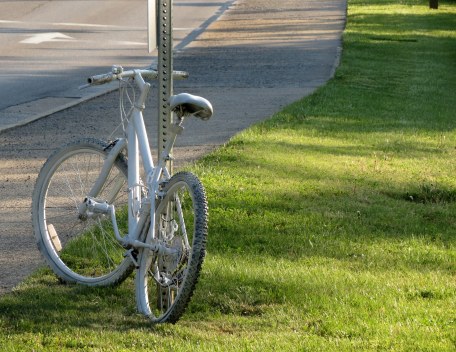 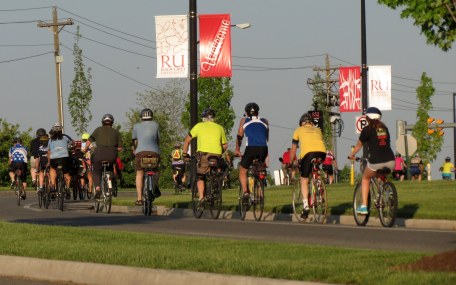 We ride silently, in a long slow procession to raise awareness … cyclists have a legal right to ride on public roadways.

We ride silently, to remember loved ones we have lost.  It is a solemn, inspiring event.

10 thoughts on “The Ride of Silence”